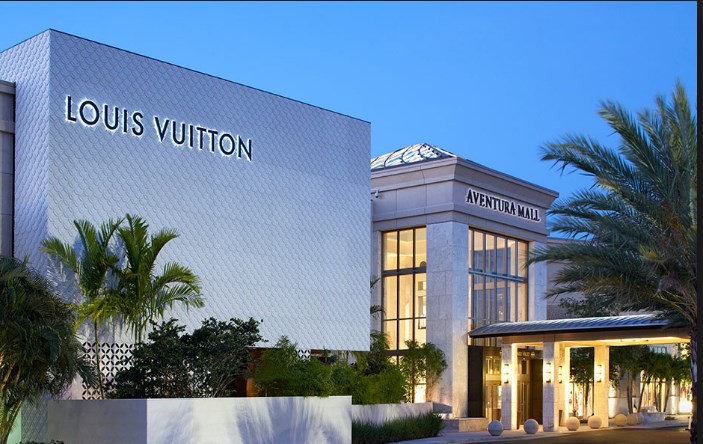 Aventura Mall is a shopping mall in Aventura, Florida. It is the largest conventional shopping mall in Florida and one of the nation’s premier fashion destinations, having a gross leasable area of 2,700,000 square feet, and is the second largest shopping center in the United States. The mall has three floors of retail space, with more than 300 retailers.Also there is a food court with eighteen fast food eateries, as well as several chains and other restaurants at the mall’s entrance.

Aventura Mall features a collection of upscale boutiques and more than 300 of the world’s most iconic, recognized retailers

Edward J. DeBartolo Sr. a  mall-developer was on board as an original investor in the project  The mall was originally designed to accommodate a fifth anchor, and there was even a section of drywall in place where its mall entrance would be located.

Aventura Mall owners, Turnberry Associates, said  in 2014  they were planning to add a three-story, 241,000-square-foot  retail wing and a seven-level parking garage. If approved by Aventura city officials, this expansion to 2.7 million square feet (250,000 m2) of retail space would make the Aventura Mall the second largest in America.