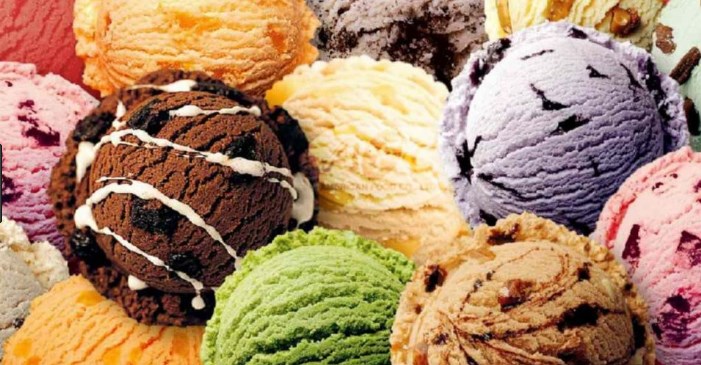 Ice cream is a sweetened frozen food commonly eaten as a dessert. Mostly made with diary  products like  milk and cream, but that can be combined with another  another ingredients  and flavor, The most popular  flavors of ice cream are, vanilla, chocolate and strawberry.

it can be  may be served in dishes, can be eaten  with a spoon, or in cones, which are. Ice cream may be used to make  other desserts like milkshakes, or sundaes.

Ice cream was introduced to the United States by Quaker colonists who brought their ice cream recipes with them. Confectioners sold ice cream at their shops in New York and other cities during the colonial era.  Records, kept  show  that George Washington spent approximately $200 on ice cream in the summer of 1790. those  same records show president Thomas Jefferson having an 18 step recipe for ice cream.

In the United States, ice cream made with just cream, sugar, and a  flavouring (often fruit) is sometimes referred to as “Philadelphia style” ice cream. Ice cream that uses eggs to make a  custard is sometimes called “French ice cream”. American federal labeling standards require ice cream to contain a minimum of 10% milk fat. Americans consume about 23 liters of ice cream per person per year .  the most in the world.

In the ancient greek the father of modern medicine Hippocrates  encouraged this patients to eat his  because  “As it livens the life-juices and increases the well- being“, maybe  it`s  because of the effect that has on our bodies that everytime  we`re sad   all we want  to eat is ice cream and watch movies.